What’s the definition of intelligence? At first, this seems a pretty simple question; however, you’ll soon find yourself at a loss for words. The definition from Merriam-Webster states intelligence is “the ability to learn or understand or to deal with new or trying situations. The ability to apply knowledge to manipulate one’s environment or to think abstractly as measured by objective criteria.” This definition is not only vague but unsatisfying. The nature of intelligence has remained one of the most hotly debated topics in Psychology. It’s hard to find another word that is so common, yet so poorly understood. However, despite this confusion over intelligence, psychologists do have their own definition.

The definition of intelligence that psychologists give is ability to learn, recognize problems, and then solve them. Learning requires us to take information in and hold it in our memory. Recognizing problems needs us to be able to separate what’s working and not working. Solving problems deals with our ability to fix what we’ve identified to not work.

I tend to differ. I take a more practical view of intelligence. While I don’t disagree learning, recognition, and solving problems are a part of intelligence, I believe there are other, equally important, sides of intelligence: Flexibility and Analysis.

I’ve always believed that flexibility is a part of intelligence. An ability to remove bias from your own viewpoint and take in different viewpoints is a fundamental part of being intelligent in my mind. Humans have many biases: confirmation bias, clustering bias, and bandwagon effect among others. Confirmation bias is where you stick to your own beliefs despite being presented with different evidence. Clustering bias is when we look for patterns in random data. Bandwagon effect, or groupthink, is the rut of thinking in which we go with what everyone else believes or says. Whilst these are far from the full amount of biases we have to deal with, they illustrate my point: an ability to be flexible in our thinking is something we should value more now than ever before. Discarding bias is not an easy task. Therefore, I respect the intelligence of anyone who can remove their own bias and be flexible in their viewpoint. However, flexibility isn’t the only part of intelligence I value.

Analytics, like flexibility, seems to be lacking in our discussion of intelligence. An ability to not just consider, but analyse, without any bias, different viewpoints, information, and arguments is critical to being intelligent. You may be able to understand different viewpoints without bias, but can you analyse them? There’s a distinction here. To understand is simply to learn how something works. To analyse is to examine and question how something works. Analysis is much more active than understanding: analysis requires a different kind of intelligence. Sometimes grasping a concept is the hard part. Other times, asking whether a concept works can represent a whole different challenge.

Analysis is also essential when talking about grey areas. People tend to prefer clear-cut answers: “it is good,” “this is bad,” “you can’t do this,” “this is a good decision,” or “it’s the right thing to do.” Sometimes the right answer simply isn’t perfect. More often still, the right answer isn’t clearly right. These often can be found in a philosophy, debate, or politics course. Should we cut taxes? Is social media bad? Should school uniforms be mandatory? The unfortunate situation is that we have many questions without a clear cut answer. In these classes and in life, we’ll soon be confronted with situations where both sides of an issue are plagued with problems. People can’t agree collectively what the correct choice is, but everyone is convinced that their choice is correct. The problem with consensus is that oftentimes, problems don’t have a “correct” answer. That’s why analytics are so important: it helps you to navigate through the grey.

• Choong Ching, Teo, “Types of Cognitive Biases You Need to Be Aware of As a Researcher,” UX Collective, September 27, 2019, https://uxdesign.cc/cognitive-biases-you-need-to-be-familiar-with-as-a-researcher-c482c9ee1d49 Last accessed February 12 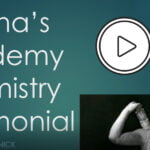